We launched Join Our Core in 2012 in partnership with leading global social entrepreneurship network Ashoka, aiming to support the next generation of values-led entrepreneurs and support them to take their ventures to the next level. This year, we expanded this annual campaign with the aim to build a loyal fan-base for each social venture, by supporting our Winners to crowdfund. With Join Our Core Winners announced on Thursday, we thought it was the perfect time to introduce you to our Advisory Group; an all-star cast from the world of social enterprise and crowdfunding!

We thought you’d want to know who they are, what their favourite crowdfunding campaign is and (most importantly!) their favourite Ben & Jerry’s flavour. Clockwise from bottom right

Felicity McLean
About: Head of Challenge Prizes, Ashoka and Global Project Manager for Join Our Core in 2013 and 2014
What’s your favorite crowdfunding campaign? Homeless World Cup Supporters Club Senior Ashoka Fellow Mel Young is building a virtual stadium where funders can buy a 'seat' which is lifetime membership to Homeless World Cup which uses sport to inspire homeless people to transform their futures
What’s your favorite flavour? Dough-ble Impact

Max Valentin
About: Co-founder of crowdculture.se, a leading Swedish hybrid crowdfunding platform for cultural and social projects
Favourite crowdfund: Welcome to Sweden a short documentary on fashion among immigrants in the 70’s that in a very interesting way mixed crowdsourcing of both scenography and stories with crowdfunding, using the digital organisation tools both on the cost and income side at the same time as the build a big community that could contribute in different ways.
Favourite flavour: Greek Style - Vanilla honey caramel

Alexandre Laing
About: Founder of Bulb In Town, a French crowdfunding platform focused on regenerating the high street and Join Our Core 2014 Winner
Favourite crowdfund: The Jeannette, a 200-year-old Madeleine Factory in Normandy, saved and re-launched through local support of more than 2000 people funding €330k in rewards and equity crowdfunding
Favourite flavour: Cookie Dough Marieke Kamphuis
About: Managing Director of Oneplanetcrowd, a Dutch crowdfunding platform with a focus on socially-responsible ventures
Favourite crowdfund: Snappcar, an online community allowing people to easily and reliably share your car with others
Favourite flavour: Cookie Dough 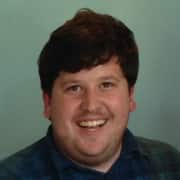 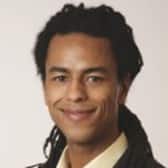 Patrick Mijnals
About: co-founder of BetterVest, crowdfunding platform for energy efficiency projects and Join Our Core Finalist 2014
Favourite crowdfund: We got 172 people to invest €180,000 into the energy efficiency improvements at the automative supplier Wintec
Favourite flavour: Cookie Dough 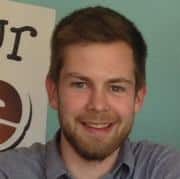 Winners will be live on www.joinourcore.com on Thursday